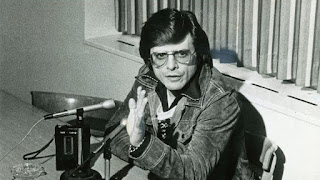 I'd been ready for it for a while. The last few reports I'd read about Harlan had said that his health was poor. I suppose that you can only be Harlan for so long before your body craps out on you. Maybe I knew that the long silence around Harlan meant the end was coming soon. I'd carried the sorrow around like a tumor for some time. Perhaps that's why I'd started playing the game version of I Have No Mouth and I Must Scream again. Even as the voice of the monstrous AM it's still a connection to the man, I suppose. I'm currently stuck in a blimp wondering if I'm supposed to kill my character to get out of the level. Harlan might find that amusing.

Anyway, I got the news today. I'm down another hero.

It's not a word I throw around. Maybe Harlan would have liked the idea. Possibly not. Still, I can count my heroes on a single hand and have fingers left over (Hint: One's in the middle). When I use the word, I mean it, and I mean it deeply. 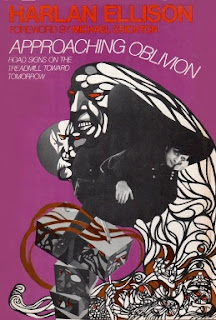 It all started with something I'd read about him in, I believe, F&SF. That lead to my purchase of these two books from The Science Fiction Book Club. Then I found out he'd written (in a way) the best episode of Star Trek, and A Boy and His Dog, a favorite SF film I'd seen at the local drive-in. The next thing I know, I'm tasked with writing an essay for my (fourth? fifth? sixth? grade) class on my hero. I chose Harlan, of course. 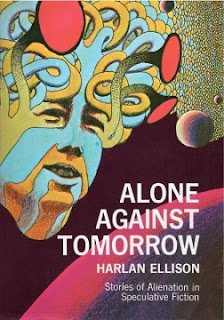 I chose Harlan because he fought for what he felt was right, even when no one else agreed. I chose Harlan because although he may have been afraid, he was fearless. I chose Harlan because he was unique and reveled in that uniqueness. I chose Harlan for the beauty and horror and depth and humanity of his writing. There is a virulent clichè in SF reporting/reviewing that goes like this: "it's a story about what it means to be human." It's lazy writing, every bit as lazy as "SF writers try to predict the future" and just as nonsensical. It's a fallback phrase that people just nod at and move on. Harlan likely hated it, though his work came closer than anyone's to fitting the description.

I'd played with being a writer from a young age. The words that Harlan put upon pages shored up that play into a conviction. Harlan has been on my shoulder through everything I've ever written. Make that both shoulders.

Now he's gone. Like Anthony Bourdain, a great and powerful voice has left a void in a world more in need of them than ever. I'm down two heroes. At least I have their words to keep me warm in these chilling times.

Posted by Larry McCarley at 4:41 PM