On the Contempt of a Small Man for Great Art 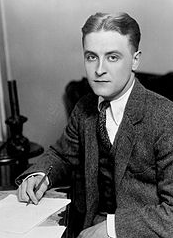 Recently, an old annoyance came back to visit in the form of yet another clickbait-y whine in a publication that specializes in clickbait-y whining. The whine: "I don't like (X) work of canonical art because it is canon and accepted and I'm a hurt little hipster doggy."

Yes, every so often someone is out of ideas and decides to dump on a classic. I've seen this approach applied to Citizen Kane, the works of Mozart, modern art, and, well, anything that paints a big enough target for some ball-fisted crybaby to crap on. This is how "writers" make a name today, by calling great art "trash."

I'm not going to grant clicks to the whiner or his publisher by adding a link, but the article more or less amounts to a one-star review of The Great Gatsby. If you really want to read his contrarian rant, get thee to Google.

What really got me, however, was that his reason for trashing Gatsby was that there are no likable characters in the book. That he misses the point is to be expected, but what is this whole thing with people demanding that characters be likable? I have seen writing advice from authors, publishers, and pundits suggesting that books have likable characters for some time now and it's a troubling trend pushing cookie-cutter books.

However, escapist series books are not the only books to be written or the only stories to be told. What, for example, would Breaking Bad, one of the most praised and successful television series of all time, have been if it had been filled with likable characters? Did we still root for those contemptible criminally-flawed jerks Walter White and Jesse Pinkman? Of course. Philip K. Dick spent a career writing about unlikable characters.

The Great Gatsby may not be a likable story, but it is a human story. It's a story that was worth telling and telling well.

Beyond the desire to homogenize fiction, there's a bigger problem with this writing seminar school of thought: It plays to the "us vs. them" divide so dangerously pervasive in our world right now. If we can't find the humanity in Fitzgerald's racist Egg-ers, how will we see the humanity in our flawed fellows? How will we push past the denial that keeps some of "us" believing that they are superior to "them?"

Daisy's crowd and Gatsby's are unlikable, it is true, just as some of us are unlikable. We are a mixed bag, we humans, but the answer is not knee-jerk nationalism or a childish desire for "sameness." It is understanding,  compassion, and acceptance. This is a lesson of great art.

"Great art is the contempt of a great man for small art." - F. Scott Fitzgerald

Posted by Larry McCarley at 4:55 PM