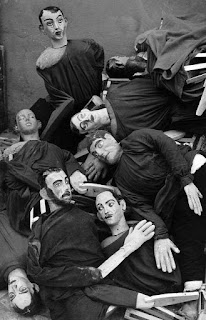 Things I need to get done are piling up as quickly as I check others off of the list. All the while, the clattering of keys. The deadline for The Comeback novel looms as I have increasingly less time to work on it.

That said, here's a preview of The Comeback (draft):

The shredded remains of the airbag stuffed under the passenger seat and Shakey tucked back into my brain somewhere, I drove as calmly as I could toward The Silver Slipper. Part of the plastic skirt under my dented front bumper rubbed against the right tire as I rounded curves in the highway. Cops who weren’t there kept appearing in my peripherals. I was a sweating mess. The air conditioner had made a grinding sound when I’d tried to use it, so I drove with the windows down in the punishing Nevada heat. My phone started blooping at me.

It was Hannah. She wanted to FaceChat. Fuck. If I didn’t do it now, she might try back when Shakey’s around. I had to pick up. I pulled down the visor and checked myself in the vanity mirror. I looked like I’d been on a weeklong bender. Fuck.

Hannah: Are u able to FaceChat?

Hannah: I think we should get together next week for coffee to discuss whatever’s next.

Fuck. The sprain in my ring finger ached, probably from the death-grip I’d held on the steering wheel. Likely just a coincidence, right? Fuck.

I pulled off of the road, hoping that our conversation would be quick. I texted Hannah that I’d call her in a minute and ran my fingers through a sweaty wilderness of hair, deciding that a comb-through would make me look as if I’d been up to something. After managing to mash down a particularly unruly cow lick, I picked up the phone and called her through the app.

“Hi,” we said simultaneously. Nobody laughed.

“God, Doug,” she said. “You look like shit. What have you been doing? Are you okay?”

“I’m lying. I’m horrible. The nightmare stuff. The stuff I couldn’t talk to you about. The therapy stuff. It’s all back. It’s worse this time. I’m dealing with it. I have a plan, sort of. I still can’t …”

“Doug, call the police or I will. Don’t do whatever you’re doing alone.”

“The police will make it worse. Trust me. This is too bad. It’s fucking horrible. I just need some time. I need you to let me have the time I need to end this shit forever. Please, sweetheart. Please.”

"At least call your therapist."

"Him? This is beyond him. It's beyond the cops. This is nightmare stuff. Horror stuff. I can't sleep until it's over. It's more awful than I could ever describe. Please. Please."

There was a pause between us as she tried to look into my eyes through the screen of her phone. I realized that I'd been unconsciously using my free hand to hold the wrist of the hand the phone was in to steady it. I realized how insane I must have sounded just then. Hannah's brow wrinkled as she stared into the camera.

“Why are you smiling?”

My heart jumped. I placed the phone face-down on my thigh and reached for the visor. There, in the vanity mirror was my face. I was wearing Shakey’s smug grin.