On the Solitary Writer

I'd had the middle. I'd had the end. I'd had the plot, the characters, and the theme. I'd stumbled upon the math. Little of it had come to me sitting isolated in a room. Isolation is where the work gets done, it's true, but inspiration and connection don't happen there.

I'm up with the farmers today because of a dream. I'm still undecided if my unconscious mind is a savior or a prick, but the sorrow that it had inflicted upon my waking mind by showing me a happiness in dream that I'll never otherwise know had given me the beginning of something I'd been working on for some months. Still, I'm torn between "thank you" and "fuck you."

Without the joy and pain and learning nothing of meaning would have come. I've had to break apart every truth and every lie of an existence filled to brimming with people and places. Writers live to write, but the living has to come first.

Posted by Larry McCarley at 5:21 AM No comments:

Email ThisBlogThis!Share to TwitterShare to FacebookShare to Pinterest
Labels: Fuck you, Thank you, Writing 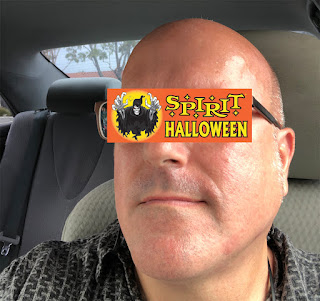 Posted by Larry McCarley at 11:33 PM No comments: 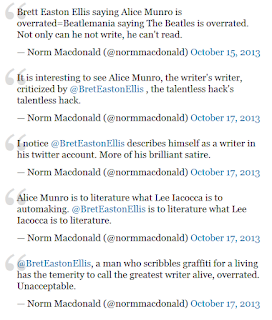 Posted by Larry McCarley at 8:28 PM No comments:

Ted Lasso is the Best Superhero Show Because Superheroes Save People

If you're not anxiously awaiting the drop of Ted Lasso season two on Apple TV + at midnight, then you have yet to have watched Ted Lasso season one multiple times. If no one has given you reason to watch season one even once, here is someone who puts it better than I could, and I could sell pens to a penciller.

No lie: A sitcom that wasn't The Good Place (and I LOVE The Good Place) got me through the nightmare we've lived through since 2016. Give it a read. You'll laugh. You'll cry. You'll believe.


Posted by Larry McCarley at 11:11 PM No comments:

To Your Televisual Binge Watching Go

Here are my thoughts from another blog on NBC’s cannibal bromance program, Hannibal:

Well, Halloween is upon us and SHOCKTOBER is drawing to a close for the year. If you're on the fence about what to watch tonight, I've made a little list of several of my less-well-known favorites. Watch one tonight, if you can find it, or have your own film fest next year.

Dead and Buried (1981): In a coastal town, mobs of townsfolk are murdering the tourists. Then those dead tourists start appearing around town as if they've lived there all along, which they did, before they died, but ... well, just watch it. It's fun.

Willard (1971): Disturbed young man befriends rats. Rats love the disturbed young man and do his bidding. His bidding involves revenge and murder. You might believe that this movie was remade in 2003 and starred Crispin Glover. It wasn't.

Night of the Living Dead (1968): I know. I know. Not obscure. You've seen it. Well, I'm here to tell you that unless you've seen the NotLD HD version currently streaming on Amazon (free with Prime), you, good sir or madame, have not seen this film, nor have you heard it. The sound and picture are so sharp you might just cut yourself. I actually heard all of the dialogue for the first time.

Children Shouldn't Play with Dead Things (1972): Bob (Black Christmas, Porky's) Clarke directed this under a thinly-disguised pseudonym from a screenplay that he co-wrote with the film's star Alan Ormsby. While it starts out as a bunch of silly college kids goofing in a graveyard, this ain't no Porky's romp, son. What it is, instead, is a real "wait for it" film. It's worth the wait.

Peeping Tom (1960): If you have the chance to see this film, see this film. Yet another disturbed young man takes his love of film much too far. Don't we all? Guys?

Alice, Sweet Alice (1976): Alice is a quiet 12-year-old living in New Jersey. When her sister is brutally murdered in their church, Alice becomes a suspect. As the bodies pile up, even those who can't believe that Alice is the killer begin to doubt their belief. You should probably avoid this one if you're a practicing Catholic. Just sayin'.

Strange Behavior (1981): This one isn't obscure to you if you had cable television in the Eighties. That said: Young folks are being murdered in a small, midwestern town. Sounds familiar, right? Well, it gets weird. The weird also seems familiar, but it will still surprise you.

Sisters (1972): Brian (Dressed to Kill, Blow Out) DePalma's debut and his most Hitchcockian film. That's all I'm going to give you. See it.

Little Shop of Horrors (1960): Maybe you've seen it. Maybe you have only seen the cute musical version. If you and I ever have a beer together, ask me about this film and I'll tell you how it changed my life. In the meantime, see it. Roger Corman and I will thank you for it.

Have a happy Halloween, and if you're not feeling like a film tonight, why not download a copy of "The Comeback" to your favorite Kindle device or app, curl up under the sheets, and get your fright on? At $2.99 it's a cheap thrill! Click the link below to get started.